Any remaining hopes for a smooth Brexit were dashed in January with the UK Prime Minister’s failure to secure a parliamentary majority for her EU withdrawal agreement. This means that all possibilities are still open for the future after March. Leaving the EU without a deal will prevent any transition period and require firms to continue to work on their Brexit contingency planning for a wider range of scenarios. This is made all the harder by the lack of clarity about what each of the possible options will mean for a firm’s clients. 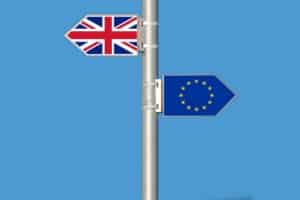 The UK is likely to be severely damaged economically if no deal is agreed; some forecasts estimate a GDP hit of up to 9.3%, and a material deterioration in housing prices, so often considered a barometer of economic confidence in the UK. But the impact will be felt elsewhere in Europe too. Most EU countries have a material trading relationship with the UK and its departure will affect the prices and availability of goods, employees and capital. The immediate concern raised by the prospect of a no-deal Brexit is that there would be no trade agreement in place between the UK and the EU. All parties would then be obliged to apply the tariffs set out by the World Trade Organisation. Who would bear the resulting product and service price increases? The end-consumer, of course, and in some cases (including meat, dairy and tobacco products) the tariffs involved are over 15%. The outcome could be inflationary pressure throughout Europe and the UK.

Impact on the financial services sector

The UK, with the best-developed financial trading centre in the EU, is the first port of call for a huge range of financial services, including investment banking, lending, currency and derivatives trading, insurance and asset management. Under current EU rules, UK financial institutions can operate throughout the region with a domestic banking licence. This is likely to change significantly following Brexit and some firms have responded by preparing for this new environment, establishing legal entities in the EU to allow trading to continue after March. The UK government has also recognised the risk to Britain’s traditional role as a hub for worldwide finance and has taken steps to reduce the likely impact. These include a regime of temporary permissions designed to allow EU firms to access the UK markets and a deal already made with Switzerland governing access to the insurance markets in both countries. The EU has also implemented regulations to allow certain activities to continue on a temporary basis. These are all steps in the right direction but will not compensate for the end of “passporting”, a device that gives UK-based organisations the right to provide a wide range of financial services to EU states. UK banks, for example, are fundamental to the lending process throughout the EU. A no-deal Brexit is likely to restrict this business or at least make it more expensive.

The two main scenarios are a no-deal Brexit or a transitional period prior to a full Brexit implementation. Large players, such as traditional UK banks like RBS and Lloyd’s, have already obtained licences in various EU countries, allowing them to face the first scenario with a degree of confidence. Many organisations have instead chosen to pin their hopes on the second scenario, planning to cross that bridge only as and when they come to it. This will generate a mass of activity for the organisations themselves, the regulatory authorities and of course their clients. The importance of the issue is clear, yet the details are currently anything but. So, despite the complexity, it will be critically important to communicate effectively if the business impact is to be kept under control. This is made more difficult, of course, by the requirement for many organisations to communicate in a variety of languages both inside and outside the EU. For this, a business partner should be chosen who both understands the complex subjects involved and is able to communicate them in different languages clearly, accurately and consistently, using the right register and terminology. Organisations that have this process in place will be better placed to take advantage of the opportunities that Brexit may bring.

There are certain aspects of German that really make me appreciate the simplicity of English grammar whenever I have to grapple with them. Cases, for example, are a never-ending nightmare for me, but that’s an issue for another day. One of the big difficulties I have with German as a native speaker of English is…

“Are you working in the homeoffice?”

The German-speaking world has a strange fondness for the English language. While English uses the occasional German loan word, such as rucksack or zeitgeist, Germans seem to love using English words in their native tongue so much that merely borrowing those words as alternatives for German isn’t enough – they also reappropriate familiar English words…

Any remaining hopes for a smooth Brexit were dashed in January with the UK Prime Minister’s failure to secure a parliamentary majority for her EU withdrawal agreement. This means that all possibilities are still open for the future after March. Leaving the EU without a deal will prevent any transition period and require firms to…